Helper Middle School treated students that made the first quarter honor roll for the 2015-2016 school year by serving them a breakfast that was deemed the breakfast of champions on Thursday.

The breakfast was hosted in the school’s gymnasium and featured breakfast foods like pancakes and bacon. There was also milk and juice to enjoy. The food was prepared by a handful of helpful teachers and one volunteer. The event also featured a Dutch oven dessert.

The breakfast of champions was the school’s way of showing appreciation to the students for all of their hard work and dedication. The full list of students that made the honor roll at Helper Middle School and other schools in the Carbon and Emery counties will be featured in an upcoming issue of the ETV 10 newspaper. 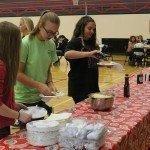 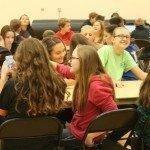 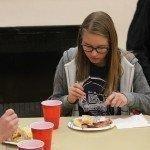 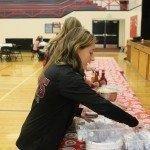 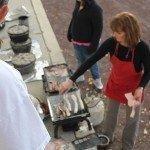 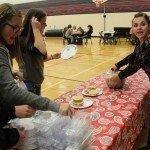 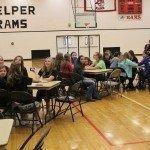