Air Force Lt. Keith Madsen was forced to make an emergency landing in Carbon County after he lost the left engine on the A-10 C aircraft he was flying.

“I lost the left engine and tried to restart it, but it wouldn’t restart,” Madsen said. ” I was lucky this was so close by.”

Madsen made the emergency landing just after 10 a.m. and sustained no injuries. He is unsure as to what caused the engine fail.

“I guess it will be up to the mechanics to determine what went wrong,” Madsen explained.

Lt. Madsen will now notify the base of his complications and wait for instruction.

“The landing was uneventful,but not the flight I had planned. It was good to have the fire department here just in case,” he said.

Price City Police, Carbon CountyВ SheriffВ Deputies, and the Carbon County Fire Department were all present on the scene. The main runway 18-36 will be closed until the aircraft is removed from the runway. All traffic will be diverted to runway 25-7.

Listen to the interview with Lt. Madsen below. 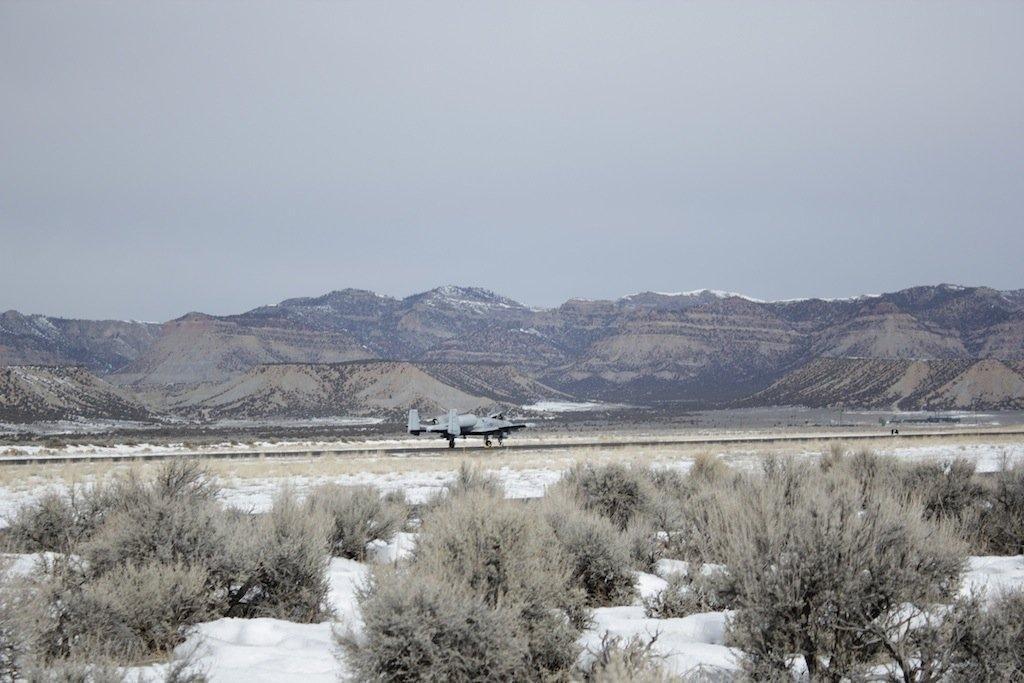