Castleview Hospital welcomed many to their classroom on Tuesday evening as they hosted their annual breast cancer awareness dinner.

Those in attendance were welcome to enjoy a delicious and comforting meal of chicken, salad, mashed potatoes and gravy, green beans and a cupcake for dessert as they listened to a harrowing tale of a local woman that battled and triumphed over breast cancer.

Rita Vigor is a well-known name in the community. While Vigor has worn many hats in the past and has always been involved, she is most recently recognized as the Economic Development Specialist for Carbon County.

Vigor is turning 40 in December and reflected on 2015 when she was standing in her bathroom with her then-husband. She casually scratched her chest and then noticed an abnormality. Immediately, Vigor called Danielle Pendergrass, who is not only an accomplished nurse practitioner, but one of Vigor’s friends. Upon tests being completed, it was confirmed that Vigor had breast cancer.

Along with that, Vigor tested positive for the breast cancer (BRCA) gene. Many options were discussed with Vigor, with her ultimately deciding that she wanted to undergo a double mastectomy. Vigor also underwent chemotherapy treatments and was recommended to have a hysterectomy before her 40s. Vigor is now a survivor of breast cancer, a feat that she carries with pride. Vigor is able to speak on her story with confidence, informing all that trying to stay positive helps patients stay sane.

The time was then turned to Pendergrass and Hollie Stapley, PA-C, who works in her office with Dr. Bradshaw. They each spoke on how they care for those in the community, encouraging them to take care of themselves and receive the tests they need. Both women stated that it is hard when they have to inform someone that they care about that they have cancer.

There are tests for over 25 different types of genetic diseases that may or may not be linked to breast cancer. There is a 60-80 percent possible increase for those that have the BRCA gene. Pendergrass stressed that exercise, fruits and vegetables, maintaining a healthy weight, limiting alcohol consumption and more plays a large role in the fight against cancer.

Due to the genetic testing being considered preventative testing, it is generally covered in its entirity by insurances. However, Pendergrass and Stapley assured all that there are criteria that will assist if need be. Pendergrass stated that, with the testing, in individual can be put back in control, prevent the cancer or catch it early, ensuring that treatment is much easier.

Along with the two nurse practioners, Becky Quinn also sat on the panel. Quinn conducts the IV infusions at the hospital upon diagnoses. She stated that, with oncologist approval, there are a few treatments that can be completed at Castleview. Some chemo treatments and biological treatments are included in that.

The Southeastern Utah Health Department (SEUHD) is also able to screen women from 40 to 64, even being able to give mammogram vouchers to those that qualify financially. There is no need for a referral from a doctor before testing at the health department can be completed. A representative of both local surgeons, Dr. Kyle Jeffery and Dr. Jon Pressett, visited and spoke on their welcoming environments, great bedside manners and of course, what skilled professionals they are. This sentiment was echoed by Stapley and Pendergrass.

At the conclusion of the evening, two gift baskets from Castleview Hospital and one basket from Soroptomist International was gifted to attendees. 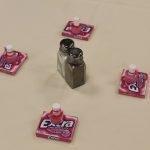 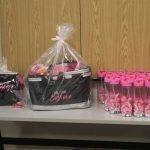 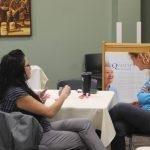 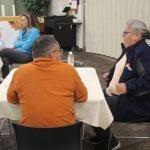 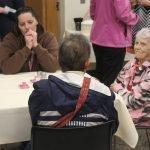 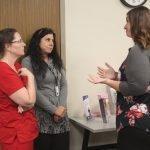 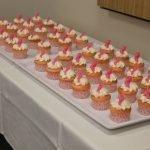 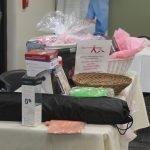 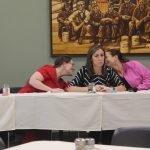 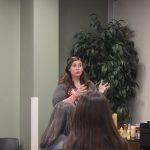 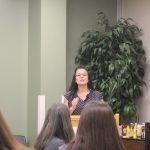 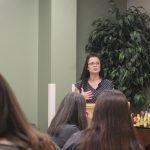 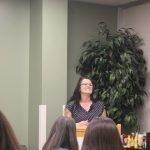 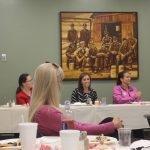