Carbon County commissioners, along with members of the Price City Council and citizens of the community gathered at the commission chambers on Wednesday afternoon for a special meeting discussing the new courthouse on Price Main Street that is being constructed by Brubaker Construction, a company based out of Salt Lake City.

Employees of Brubaker Construction presented the concept for the new courthouse, complete with slides that show the inside and outside of the building. The goal for the courthouse is to meet the current design safety standards. The building will sit back away from the street than the original, which is deliberate. Setting the building back will allow a plaza to be placed in front.

One attendee questioned the company on whether it was in the current plans to re-install the signal light at that intersection. It was brought to everyone’s attention that one of the reasons that the light was removed in the first place was because of the new building being built on 100 North. It was explained to attendees that the plan is to place the parking lot on the side of the building instead of at the rear of the building, which will hopefully encourage people to enter on Main Street and won’t bring more traffic to that intersection. However, the traffic flow will be monitored once the building opens and if it becomes an issue, it will be re-approached.

When the designers from Brubaker Construction were thinking of ideas for the new building, they decided they wanted to work with the elements of Carbon County. The desert feel, along with the surrounding mountains and the classic buildings in the area inspired their concept. The north side of the building does not naturally get a lot of direct sunlight. With that in mind, the decision was made to incorporate a lot of glass on that side to encourage more light to flow in.

Another attendee of the meeting brought up the concern of local contractors being able to work on the building. Brubaker Construction stated that it intends to use as many local entities as possible.

“A lot of this building will be built with local labor, local companies and local contracts,” the Brubaker representative stated. “That has always been our intention.”

Brubaker will approach sub-contractors and ask for bids. Then, the company will sit with the county and decide which bid is best for the job. 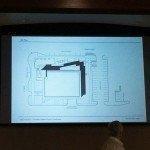 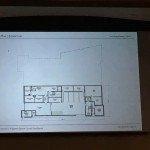 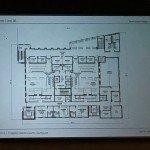 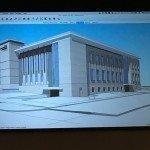