On April 25, 2017, Officer Cameron Sartori took a report on a residential burglary in Price. The main item stolen was a 55” flat screen color TV.
On May 14, 2017, Officer Nick Parker developed information that the TV had allegedly been traded for methamphetamine and was currently at another Price residence. Information also indicated that drug dealing activity was allegedly continuing at the residence.

Officer Parker applied for a search warrant which was granted by the Seventh District Court. At about 8:45 p.m., the warrant was served by Price Officers, a Carbon County Deputy and a Wellington PD Officer at 150 S 1150 E #A7.
The stolen TV was located and seized at the residence. Aspects of that investigation are ongoing and no further information will be released at this time.

The resident of the apartment Jamie C. Mele, DOB 3/18/63, and her niece, also a Price resident, Michelle Christine Ruden, DOB 8/12/85, were each was found to be in possession of approximately eight grams of methamphetamine for a total of 16 grams. In addition, a small amount of personal use marijuana was located, along with several items of drug paraphernalia.

Both women were willing to speak with officers, and allegedly indicated they cooperated with one another for drug-related activities. 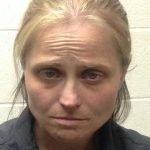 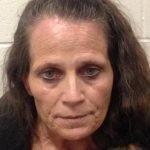 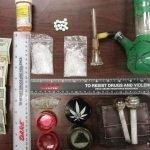