A charter bus traveling southbound on US Highway 6 caught fire on Monday afternoon.

The Price City Fire Department along with personnel from Utah Highway Patrol, Price City Police and Carbon County Sheriff’s Office responded to the scene. Southbound traffic was affected during the incident. After crews were able to control the blaze, traffic was allowed through while cleanup ensued.

According to the Utah Highway Patrol, a charter bus with no passengers caught on fire as it was traveling eastbound on SR-6 near mile marker 239. A malfunction occurred to the driver side rear wheel assembly. It then blew off the axle and an explosion occurred. The rim that blew off the bus traveled across the median, westbound traffic and then hit a fence. Shortly after the bus came to a stop, the bus ignited into flames.

Luckily, no one was hurt during the incident. 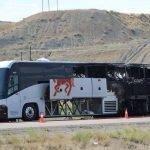 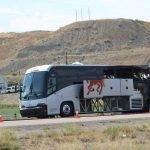 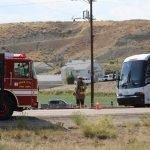 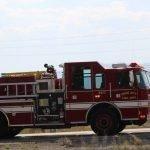 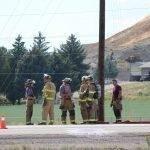 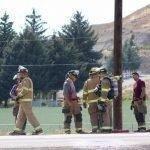 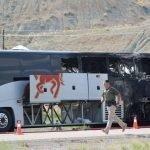 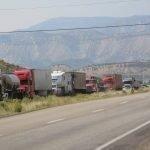 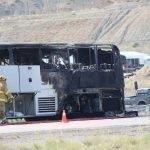 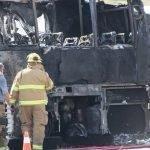 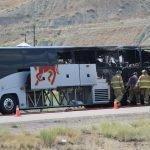 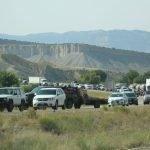