On Tuesday afternoon, Emery County Sheriff’s Office released a statement on the Greyhound Bus that overturned on I-70 on Monday evening at 11:47 p.m. near mile marker 112, nearly 48 miles west of Green River. The bus, transporting 36 passengers and a driver, was traveling west from Green River to Las Vegas.

It appears that the bus veered off the right side of the interstate and traveled about 100 yards before overturning. Out of the 37 occupants on the bus, 32 were injured and transported by ambulances from Carbon, Emery, Wayne, Sevier and Sanpete counties to nearby hospitals and medical centers.

According to the Utah Highway Patrol, the injuries range from minor to serious, but have been reported as not life threatening at this time. The Utah Department of Transportation, fire crews, and search and rescue personnel responded to assist with traffic control. Due to weather conditions, helicopters that were paged but were unable to respond. However, University of Utah’s Air Med fixed-wing plane was able to land at the Carbon County Airport as standby for patient transport.

““I am extremely proud of our EMS staff and the way they responded. They performed above and beyond,” said Emery County Commissioner Kent Wilson. “I am also grateful for our neighboring counties who helped in time of crisis.”

The Emery County Sheriff’s Office also set up the church in Emery Town as a refuge for those passengers not transported. At this venue, Emery Ward provided breakfast for those waiting for transportation. 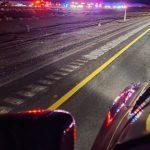 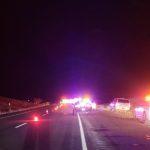 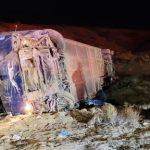 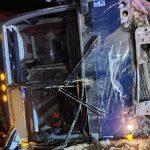