Bookcliff Sales has called various places home throughout the years but one thing hasn’t changed: the service.

December of 1984 saw the start of a small business in a rented building in east Price. Now, more than 30 years later, Bookcliff Sales, Inc., spans from its Price home to Wyoming and Colorado, employing more than 20 workers and serving customers through three generations of the Shiner family.

The generation that gave Bookcliff Sales its start was the duo of Rick and David Shiner, two brothers looking to own a business and fill a need in Southeastern Utah. Thus, Bookcliff began and found its first home in Price where the Shiners built the business from scratch, aiming to serve mines throughout Southeastern Utah.

Bookcliff saw the Shiner brothers working together for 10 years, along with help from their sister and their sons. Rick’s wife Cathy eventually began working at the family business alongside them. In the mid-90’s, Rick bought David’s share to become the sole owner. Rick’s wife Cathy continues working at the business, as well as a few more Shiners that have joined the team, Marc, Marianne and their children.

Throughout the years, the Shiners and Bookcliff have found a handful of new places to call home as the business continues to expand and outgrow previous locations. The most recent move led the Shiner family and Bookcliff Sales to Carbon Avenue in Price. There, customers can find mining and industrial supplies, fasteners, Baldwin Filters, Hilti, quality tools, and more. But the service doesn’t stop after the sale.

“We service all of our major products lines,” Rick Shiner explained. Because of this service, customers can often see Bookcliff employees on-site to service products they’ve sold as well as deliver newly purchased items.

“The unspoken business motto is that whatever the mines needed, Bookcliff worked to provide,” Marianne explained. “They’ve built a really good reputation of doing and providing whatever our customers needed.”

While those needs have changed as local industry shifts, Bookcliff has adjusted. These changes have taken many forms, as mine employees began requesting hard hats, boots, safety glasses and more the addition of selling workwear began, eventually becoming a location of its own offering a wide range of workwear.

“We constantly have to adapt and adjust,” Marc said. “But making those changes is what has kept Bookcliff going for so long.”

One of the most notable adjustments came in 1999 when Bookcliff became an official True Value – Induserve distributor, allowing the business to carry True Value products and order from its complete line. This change has allowed Bookcliff to expand to provide everything their customers could need. In recent years, the front end retail portion of the business expanded even further to sell countless hard to find fasteners. 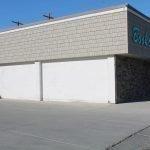