Chick’s Rock’n Roost is a bar in Castle Dale. Charlie, better known as Charlie Chicken, and Ileine Oman, who were married for 50 years, built Chick’s in 1990. They had originally operated Kelly’s on Main Street in Castle Dale from 1975 to 1990. Charlie and Ileine operated Chick’s together until Charlie passed away in June of 2013. Since that time Ileine, operates Chick’s with the assistance of her friendly bartenders.

Chick’s Rock’n Roost is not just a bar, it is a place were friends can gather together to relax and socialize. Chick’s serves both alcoholic and nonalcoholic drinks and has just recently reopened the kitchen and serves several food items.

There is always something to do at Chick’s. Ileine is known to host several celebrations throughout the year and brings in bands to provide live music. Some of the entertainment seen at Chick’s Rock’n Roost throughout the years is midget wrestling, a hypnotist show, karaoke, live bands and horseshoe tournaments.

Chick’s has a large screen television that is generally tuned to football, basketball or baseball games. Many patrons visit Chick’s to watch a NASCAR race or to play a game of pool.

There are horseshoe pits in the backyard of Chick’s where many horseshoe tournaments are played. Chick’s also has a pool league and dart league that play throughout the winter months.

Chick’s Rock’n Roost will be hosting a Valentine’s Sweetheart Dance on Feb. 14 with live music provided by the Trailerpark Rebels from Payson. There will be a taxi service to take patrons home at the end of the evening. 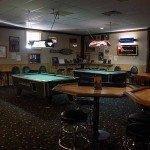 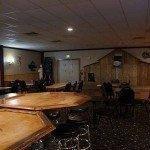 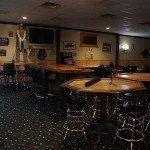 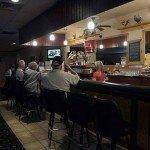