This business spotlight is brought to you by AJB Broadcasting.

Desert Thunder Raceway (DTR) has locked in its biggest racing season ever, bringing a full season of heart-pounding action to Southeastern Utah. New ownership and new blood has revitalized the legendary track, which will host more than 30 events starting this spring right here in Price.

Desert Thunder Foundation President Shane Weybright was born into racing culture, growing up inside of dirt tracks around the country. Because of this, he believes he’s not overstating when he says, “the culture displayed at a race track can change a person’s life and a community’s perspective.”

After a lifetime of racing himself, Weybright stepped away from the track when he had children, dedicating his life to being a father. “When my daughters got old enough to play, I spent ten years as a softball coach and learned that other sports are a lot different than racing,” he said.

According to Weybright, the kindness and generosity he had experienced as a racer were just not there in other sports. “The want to help each other out was just not there, and I missed that,” he said.

While Weybright had experienced the closeness and community of a track, he also noted that there was often a disconnect between the experience of a few and the community as a whole. “From the time I was young, I noted that races always began with a prayer, but the crowd was never given a lasting example of what a Christian life can be.”

Weybright is a devout Christian and is hoping to bring the benefits he has experienced in his life to racers and racing fans alike.

Weybright came back to racing in 2016 and, as he was living in Colorado, he began visiting the Desert Thunder Raceway.

“This track has good bones, high banked turns and it’s fast. In fact, it was always known as the fastest track west of Denver,” he said. “I loved coming here, so when the opportunity came up to do something, I knew we could do something special.”

The Desert Thunder Foundation purchased the track in 2019, and even in dealing with COVID restrictions in 2020, the facility saw record breaking numbers. Their success in July, August and September led Weybright to make even bigger plans for the coming year.

Starting this spring, DTR will feature 27 races and much more. “I see this track as a motor sports complex; a destination that will feature sports, entertainment and even camping,” said Weybright. “There is the potential to do almost anything here.”

The foundation’s experience in Southeastern Utah has been nothing short of amazing. “There is a true community bond going on around this racetrack,” said Weybright. “And this is something that can benefit the whole of Castle Country.”

According to the foundation president, the track has huge employment benefits, needing upwards of 30 workers to make a race happen. Desert Thunder has also partnered with Utah State University Eastern in this regard, quickly forging a dynamic partnership.

During 2020, the track’s reputation grew substantially in the racing community and, because of this, upcoming races will feature late models, ASCS sprint cars and dozens of drivers that have never raced in Carbon County. For the local area, this means hotels, restaurants, gas stations and other service providers will see a big boost in business through September.

Beyond economics, the foundation president stated that events and relationships at the track have the potential to boost morale across the community. “This venue and its events can be a way to disconnect from the struggles of day-to-day life, something to look forward to,” said Weybright.

The culmination of a full season at the Desert Thunder Raceway displays what can happen when motivated individuals like those at the Desert Thunder Foundation bring their vision to a community like Carbon County. The pieces coming together bear out a motto Weybright is fond of saying: “provide the opportunity and watch the miracle happen.”

For more information on the raceway, please click here. 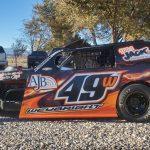 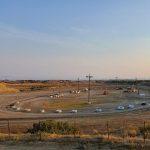 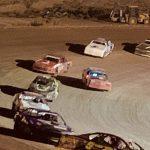