Dr. Bret Lowe was raised in Price, where he currently lives with his wife Kristen and their four children, Dillon 18, Cody 16, Colton 10 and McKlain 8. He graduated from Carbon High in 1988 and then attended USU Eastern where he graduated with his associate of science. After two years at the University of Nebraska, he was accepted to Case Western Reserve University where he completed dental school and received his doctorate of dental surgery in 1999. After graduation, the family moved back to Price and Lowe began working for his dad. In 2001, his dad retired and Dr. Lowe took over the business.

When Dr. Lowe was first going to college, he couldn’t decide whether to go into the medical or dental field. After working a job at the hospital, he decided he wanted to be a dentist. Two of his siblings have gone into the dental field as well. His brother is a dentist in Colorado and his sister is a hygienist in St. George.
“My favorite part about being a dentist is being able to serve the community and work with people,” he said.
Dr. Lowe’s office provides preventative, restorative and cosmetic dentistry, including white fillings, dentures and wisdom teeth removal. More advanced techniques such as same-day crowns, implants and implant-supported dentures are also done in his office. Custom tooth whitening trays are given to patients free of charge once work has been completed. He is the only general dentist in Carbon and Emery counties with hospital privileges, which allows him to complete dental work under general anesthesia if necessary. Dr. Lowe has an extensive surgical background, which includes difficult wisdom teeth removal, bone grafts and other oral surgeries.
Dr. Lowe has a full-time hygienist on staff who provides preventative care such as cleanings and sealants. They use digital x-rays, which reduces radiation exposure by 90%.

His office is located at 945 West Hospital Drive, Suite 5. They are open Monday through Thursday from 8 a.m. to 5 p.m. and on Tuesdays they offer late night appointments until 7 p.m. To schedule an appointment, please call (435) 637-2929. 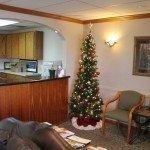 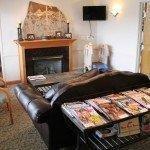 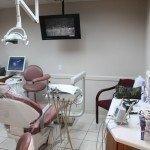