Jo Black has been a licensed massage therapist and board certified in therapeutic massage and bodywork for the past 18 years. She currently practices at Southeastern Integrative Healing Arts Center in Price. Black has a variety of degrees from bachelors of science to massage sherapist.

She originally moved to Price in 1972 and later became a dental assistant in the military. After her military career, she moved around a few times before returning to Salt Lake in 1995 to finish her degree, which she completed in 1997. From there, she moved to Wendover, Nev. While living there, she started the massage/spa at Montego Bay where she had the opportunity to give Anthony Hopkins a massage. She later moved to Brevard, NC and lived there for several years. Finally, Black decided she wanted to be closer to her children and grandchildren and decided to move back to Price.

Black always loved giving massages to friends and family. One day, her friend talked her into going to school for massage.

“It was like coming home,” Black stated regarding the first time she felt the energy. “Everything is energy. God is all things.”

Black always says a prayer before doing massage because she says it brings honor and glory to His name.

Services that customers can experience with Black include sports massage, Swedish massage, deep tissue massage, prenatal massage, reflexology and acupressure. Black is also a Reiki master. During a massage, she may also use tui na and shiatsu.

Tui na is a form of Chinese manipulative therapy often used in conjunction with acupuncture. Shiatsu is a form of Japanese bodywork based on the theoretical framework of traditional Chinese medicine. It means “finger pressure” and shiatsu techniques include massages with fingers, thumbs and palms, such as assisted stretching and joint manipulation and mobilization.

According to Reiki.Org, Reiki is a Japanese technique for stress reduction and relaxation that also promotes healing. It is administered by “laying on hands” and is based on the idea that an unseen “life force energy” flows through people and is what causes them to be alive. If one’s “life force energy” is low, then they are more likely to get sick or feel stress, and if it is high, they are more capable of being happy and healthy.

Black stated that it is important for a client to communicate with their therapist to let them know what they want and expect from a massage, whether they want a relaxing massage or a deep tissue massage. The client needs to be in control so they can achieve the massage that they need and want. 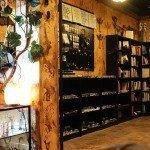 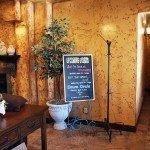 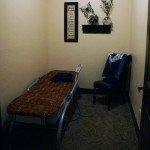 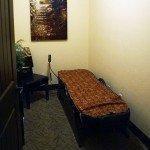 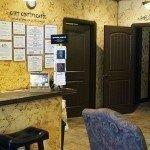