Three local athletes garnered all-state selections as was announced by the Deseret News on Wednesday. Emery had two selections and Carbon had one.

Juniors Koby Butler and Bowdie Jacobson were named to the 2A first team. Senior Cole Fossat, who missed 11 games of the season after suffering a leg injury before coming back in the season finale against Logan in the first round of the 3A Playoffs, found himself on the 3A third team.

Butler and Jacobson anchored a Spartan team that finished third in 2A after beating the Beaver Beavers in the consolation bracket of the 2A Playoffs in late February in Richfield. Emery finished the year with 22 wins to just three losses. Emery lost in the semifinals to eventual champion Summit Academy, whose star player Darrin Gethers earned 2A MVP.

Butler, a center, averaged 19 points per game and pulled down 10.5 rpg. He recorded a team-high 17 double doubles on the season, including 13 straight from Jan. 9 to Feb. 12. His best game of the year statistically came against Gunnison on Jan. 20, in which he scored a career-high 30 and ripped down 12 rebounds.

Jacobson, taking over point guard duties this season from Ridge Nielson who graduated, averaged 12.3 ppg to go along with 5.1 apg. He scored a career-high 29 against Carbon on Jan. 9 and dished out 10 assists and pulled down six rebounds, while scoring 21 points, against Manti on Feb. 10. 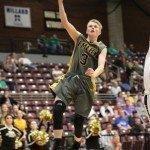 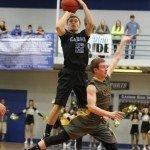