Brigham Young University presented “Swing ‘n’ Sway” on Saturday, where community members came in abundance to fill the Carbon High Auditorium. The dancers presented a wide variety of dances that were enhanced with artistic theatrical lighting and design.

Since the 1970s, the BYU Ballroom Dance Company has performed a variety of shows across the world and have traveled through China, Russia and Europe. The company is now looking forward to performing its show in Argentina and Chile as well.

The dance company is produced by the department of dance in the College of Fine Arts and Communication at Brigham Young University based in Provo, Utah. The word “ballroom” comes from the words “to dance” and is usually performed with partners.

Community members were delighted with a range of fast and slow paced songs. The audience was also able to engage with the dancers throughout the performance.

The BYU Ballroom Dance Company was able to present a variety of different dance genres while showing off their elegant talent.

The crowd was first delighted with “Hit the Road Jack” by Pentatonix. Next was “Don’t Get Around Much Anymore,” a Foxtrot dance that was introduced in 1914 and allows dancers to have short and long steps.

Following was a jive dance to “Proud Mary” and  “If You Could Hie to Kolob,” a theatrical arts dance.

Beyond those stunning performances were Lindy Hop, Tango, and Rumba dances. Afterward, “Dancin’ and Romancin'” was performed.

The dancers also performed familiar dances such as the Viennese Waltz, Samba and Latin American dances.

The crowd’s favorite dance of the night came after “El Natador.” Titled “Mictendo II,” the dance had an assortment of charters from Super Mario Brothers, Pacman, Legend of Zelda, Mario Kart and other classic video games. The dancers were able to portray these characters while performing an elaborate dance.

The finale of the night was “Get Up and Dance,” which got the crowd moving and grooving to the music.

The ballroom Dance Company left with a standing ovation from the audience. After the show, audience members were able to interact with the dancers. 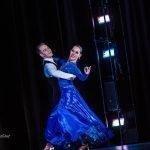 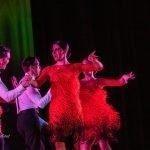 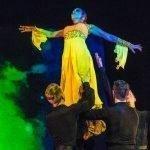 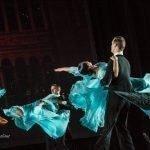 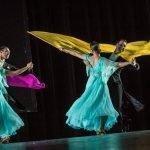 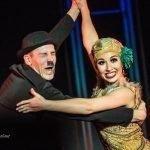 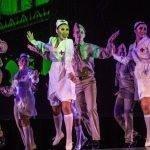 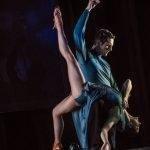 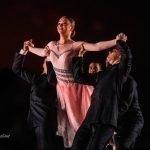 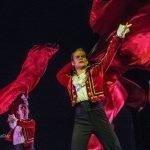 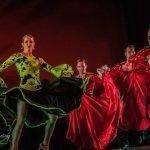 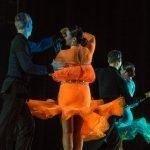 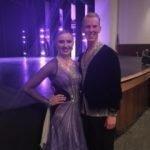 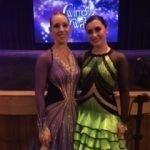