The region and state drama competitions were hosted recently, with the Region portion taking place in Manti on March 23.

One Emery Spartan in particular, senior Cambrie Bennett, competed in dramatic monologue. Bennett performed a Shakespearean piece, Constance’s Monologue from King James. Bennett was successful in delivering this monologue and placed third out of over 25 other students.

Following this event was state drama, which took place in Richfield on April 6. With 17 schools and over 35 drama students, there was much competition to be had. Bennett personally competed in three rounds and made it to the medals round to compete against five other talented drama enthusiasts.

Bennett was a great example of hard work paying off in the best way as she was able to secure first place in the 3A state competition. Bennett’s mother expressed her awe in her daughter with the news of the win.

“I don’t know how she keeps up with everything. She was the female lead in ‘Xanadu’ with the high school the middle of March, region and state drama competitions, she plays Ariel in ‘The Little Mermaid’ this coming weekend, testing for her black belt in karate the middle of May; all while applying for college scholarships and keeping up a 3.6 GPA,” Amanda Bennett said. “Way to go, girl!”

There were a number of other Emery High School students that represented the area well and expressed their creative side during the state competition. 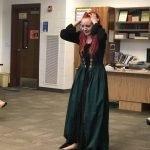 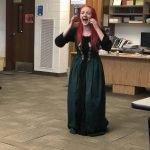