The festival is an annual end-of-the-year concert which brings together bands from Canyon View, Cleveland Elementary, and Huntington Elementary. All bands are under the direction of Reed Fehlberg.

The festival is also an opportunity to present students with awards and honors they have earned throughout the year. Bridger Ivie, Daryl Guymon, and Taigon Pulli received the All-Around Musician award, which is a prestigious award given to students who demonstrate outstanding performance in band, chorus, and piano.

The bands played several numbers including the ninth grade band’s rendition of “Mission: Impossible Theme,” and “Creepy Crawlies,” a fun piece played by all four bands that involved the unorthodox use of mouthpieces from the various instruments. 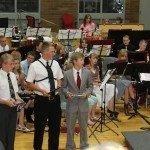 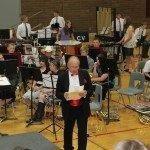 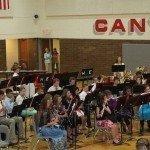 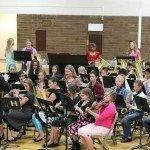