Carbon County Sheriff Jeff Wood began his career in law enforcement as a deputy at the sheriff’s office in 1992. Sheriff Wood stated that he worked there for nearly 10 years as a patrol deputy, detective investigator and more. From there, he had a brief stint at the Wellington Police Department before being hired by Adult Parole and Probation (AP&P). Sheriff Wood worked as an AP&P officer from 2001 until he was elected as sheriff in 2013.

Sheriff Wood is the proud father of three daughters, the youngest of who just turned 18, and also boasts three grandchildren. He and his wife are citizens of Carbon County, where Sheriff Wood has always called his home.

When Sheriff Wood began his role as sheriff in 2013, one of his top priorities was school security. He is happy to report that the office has made quite a presence in the school and now has a full-time school resource officer at Carbon High School. The sheriff’s office is thrilled to be partnered with the Price City Police as well as other city law enforcement agencies in that endeavor. Wood said that school security is always in the forefront to ensure that there is adequate coverage.

Sheriff Wood also reflected that the office has taken a very aggressive stance against the drug issues in the county. Just this year, the office was able to secure a K9 and are hoping to have two in the coming years, one on each crew. Sheriff Wood stated that he hopes to move forward on being aggressive with the opiate issue and address it from every angle, from the supplier to the person that is struggling.

He also stated that he does believe that jail can serve a purpose in curbing the issue of addiction just by giving individuals an opportunity to get clean, make good decisions and then be taken through the court process. Plus, Sheriff Wood continued, there are some processes going at the jail for individuals to reach out and obtain help.

Sheriff Wood then stressed that community involvement from law enforcement is crucial and he wishes to stay as involved as possible, if not more. He stated that the office is grateful to the community for the support they continually receive. Personally, community involvement is one of Sheriff Wood’s favorite aspects of his position, as well as the search and rescue team and those that he works with in the office.

“I’d like to thank the community for the amount of support we have and the opportunity to be in this position,” Sheriff Wood stated.

He concluded by stating that he does realize that the position of sheriff is not a lifetime position and then he will make his mark and leave it for someone else, hopefully better than he found it.

Returning for another term as the elected sheriff of Emery County, Greg Funk recognizes how fortunate he is in his career and personal life. At age 50, Sheriff Funk has resided in Emery County for nearly his entire life. Funk and his wife of many years, Jessica, are parents to four children, the oldest of whom works in dispatch in Provo City. Funk’s oldest son is preparing for a West Africa mission, his younger son is now in high school and his youngest child is in elementary school.

Sheriff Funk credits 22 years in law enforcement under his belt, stating that he began at the sheriff’s office and worked his way through the jail. From there, he went out on the road and then moved to detective and narcotics before becoming a Utah Highway Patrol officer for five years. Funk’s next step was sheriff, the title he has held for the past two terms.

Looking at changing the administrative side of the office is one of the first steps of the new term for Sheriff Funk. He stated that shifts will be changed up and the sergeants are going to be more involved with the day-to-day activities of each and everyone of the deputies on their crews. The office is also in the mix of revamping the communication system and continuing to work closely with the schools.

A resource officer teaches four classes at Emery High and one at Green River High on law enforcement in hopes of recruiting more into law enforcement. That has been conducted for the past three years and Sheriff Funk stated that he hopes to begin to see the fruits of that labor. He also stated that the biggest push is in recruiting.

When asked to choose his favorite aspect of being the sheriff, he stated that he loves interacting with the public, officers and the elected officials. Sheriff Funk also stressed his appreciation to those that put their trust into him continually and elected him once more. He stated that his family, the community and all others supporting him is paramount to him.

“I’m going to give 110% to being the sheriff,” Sheriff Funk stated.

This is the final article in a series introducing Carbon and Emery county residents to their elected officials. 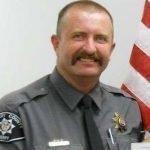 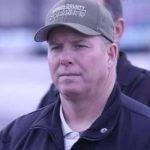