Prior to Christmas each year, law enforcement officers from throughout Carbon and Emery counties participate in a program named Shop With a Cop. This program is designed to assist children and families in need by ensuring they have a happy holiday season.

In Carbon County, this year’s event is slated for Dec. 9. According to Price City Police Department Sergeant Kelly Maynes, the event normally kicks off with the children enjoying a donated breakfast at McDonald’s in Price. This year, however, due to overcrowding at the restaurant, Tony Basso has generously donated the Tuscan Event Center so that there is more room for the police officers, children and families to enjoy their donated breakfast from McDonald’s.

After enjoying the scrumptious breakfast and getting to know the assigned officers and children, they will then head to Walmart to begin the shopping excursion. According to last year’s press release distributed by the Price City Police Department, officers had tears brought to their eyes more than once due to the selfless children thinking about their siblings and parents before they considered getting something for themselves. Several officers also stated that during the event they got a lot more out of the experience than the kids did themselves.

In Emery County, the Shop With a Cop event will be hosted in the afternoon on Dec. 13. This year, the police officers and children will meet up at Walmart’s Optical Department. This is where an officer and child will be assigned and will have an opportunity to get to know one another.

After creating a bond, they will then disperse through Walmart and purchase gifts for their family just in time for Christmas. According to Janalee Luke, both Carbon High School drill and cheerleading teams will be there to help wrap the purchased presents.

Thanks to different grants and the Walmart Foundation, both Shop With a Cop events are possible. During the recent ribbon cutting for Walmart’s new fuel center, a check was presented to both the Price City Police Department and the Emery County Sheriff’s Office. Price City Police received a $2,500 check while the Emery County Sheriff’s Office received one for $1,250.

The money presented as well as any grants awarded to the agencies will be used to purchase presents during the generous and kindhearted event. Shop With a Cop is not only made possible thanks to the grants received and Price’s Walmart, but because of local supporting businesses, organizations and fundraisers. 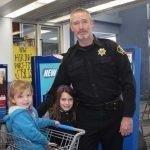 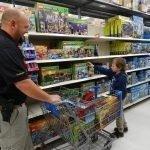 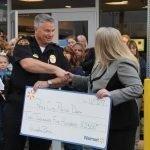 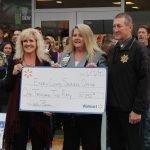