The captain of the football team and the head cheerleader. These are considered icons of the most popular kids in school. But cheerleading Coach Trish Anderson knows that being a cheerleader for Carbon High is all about good attitude, hard work and skill, and not about being popular.

Anderson has been a coach for 13 years and continues to be impressed by the girls and boys who come out for the team every year.

“We are first and foremost a school squad that supports Carbon High,” she said. “Academics is a top priority and our girls average a 3.65 GPA. These girls not only know where they are going in life, but have a plan on how to get there”

The squad cheers at all home football, volleyball, wrestling and basketball games. They also rotate six members at a time to travel to away games. In addition, they entertain at halftime of football and basketball games. Anderson requires each member to do several hours of community service as well.

Given that focus, the team still chose to compete in the Southern District competition and garnered second place honors. They qualified to compete at the state competition for the first time since Anderson has been a coach.

In the state competition, they found themselves a bit shaky and did not place. However, for a first time competing at that level, the team performed pretty well.

Anderson works hard to support her team, but it is the girls’ effort that make them successful on the field and off. They practice almost year-round,  and up to four days a week. Many are also in other school activities. They are required to meet the same academic, citizen and other requirements as every athlete at Carbon.

If one of her cheerleaders is struggling in academics, Anderson will look for ways to help them, including getting them a tutor if needed. She will also monitor grades and assignments weekly if necessary. Anderson also said that they are not given any breaks for being on the squad.

Concerns of safety remain high when cheer squads perform stunts. Anderson explained that coaches and teams are required to attend a safety training each spring. She and assistant coach Nikki Kappas also complete a safety certification from the American Association of Cheer Coaches. Anderson takes things one step further by requiring each member of the squad to pass an additional safety test that she has established before they can perform any stunts.

“The safety of the girls lies in the hands of the coach,” she added. “You need to make sure you don’t ask then to do anything they are not skilled and ready to do.”

Tryouts for next year’s squad will be April 4-5 at Carbon High. Both boys and girls who are going into ninth grade and above are encouraged to attend. Knowing some tumbling, dance and cheer techniques are helpful, but Anderson said that a good attitude and willingness to work are the strongest qualities for which she looks.

The high cost to participate remains a downside to cheer. Anderson did say that they do everything they can to minimize the out of pocket costs by fundraising efforts. She also added that if cost is the only barrier to someone becoming a cheerleader, she will help find a way to overcome that obstacle.

Anyone interested in trying out or learning more about the cheer squad is encouraged to contact Anderson at (435) 820-4371. 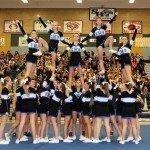 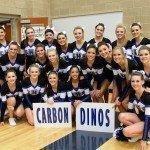 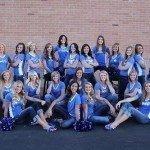 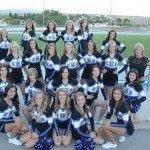 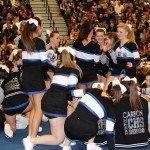 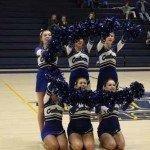 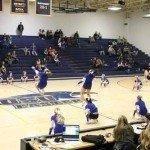 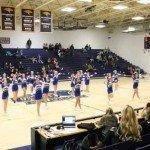 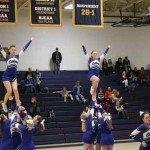 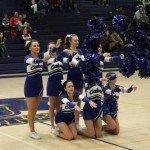