Carbon County’s mountain ranges and strong winds kick up from all directions to often challenge the most experienced pilots.

Carbon County was the ideal venue. The airport has no air traffic control tower that might create an obstacle along with an empty ramp and ample space for parked aircraft. Access to classrooms gives space for written tests and instructions. It offers a unique set of challenges for the student pilots because of unfamiliar runways, the potential for high winds and its proximity to the mountains.

“I’m a fairly inexperienced pilot and I haven’t been to a ton of places,” said Jordan Burkett, captain of the USU student flight team. “Coming out here was definitely different and took some adapting. There’s some nervousness about randomly switching runways and not knowing what to do with the winds. But, you trust your skills and your practice, and it generally ends up okay.”

The competition included nine judged events: four flying and five on the ground. The flying events included two types of landings: a short field landing and a power off landing. Other flying events tested the pilots’ precision and flight planning, and a message drop where weights are dropped at a target from low-flying planes.

While they are not the most popular, the ground events test the pilots’ precision, planning and knowledge. Preflight asks students to locate over 30 discrepancies that make an aircraft unworthy of flight. In the Computer Accuracy Test, students use an E6B flight computer to solve flight planning problems. In the Aircraft Identification test, students identify aircraft from photographs. A navigation test assesses the students’ ability to read charts, flight plan, and distribute weight and balance. The ground trainer/simulator test evaluates how closely students follow an established flight path in the least amount of time.

The flying events were Burkett’s favorite — and least favorite. “They are the most anxiety-inducing, but also the most rewarding,” she said. “I’m prouder of my flying than anything else at the end of the day.”

John Boranian and his U.S. Air Force Academy teammates hope to become Air Force pilots after graduation. This was his first NIFA competition due to COVID-19 restrictions and he said competing has been a tremendous opportunity for his future career.

“It’s really amazing to see how formal competition goes and to see how practice, sometimes three years of it, has paid off,” Boranian said. “It’s a wonderful combination of aviation, community and competition. If you like to compete and be the best at what you do, there’s nowhere better to be.”

“The flying has been a blast,” said Utah Valley team captain Abigail Bowcut, a senior who is establishing a team of younger students to continue the flying team in the future. “I’ve felt the best about navigation and short field landing. We’ve been very grateful to get a lot of helpful information. It’s been fun flying away from Provo and learning about other planes.”

Students found it a challenge to maintain their schoolwork during the week of grueling competition. “It’s not easy to do, learning everything we need to learn while being in Price, Utah,” Boranian said.

But, they said it was worth the sacrifice because this was their major competition of the year and offered them unique flying opportunities.

“We get to do things here that most of our friends will never even see in their entire pilot career because they’re going to go from their training in Billings straight to the airlines,” said Justin Garcia of Rocky Mountain University.

Andreas “Baron” Wesemann, Director of the USU Professional Pilot Program, served as the organizer and host for the competition. Two years ago, the aviation program set roots at USU Eastern, and this year, the Unmanned Aerial Systems (drone) program started. USU Eastern will host the NIFA Regional I competition for a third straight year in 2022.

“The full aviation program will hopefully be here at USU Eastern shortly as we continue to expand and grow,” Wesemann said.

He said everyone involved went above and beyond. Students and faculty from the competing universities commented that the competition was a fantastic experience. “We’re grateful for the support of our community, especially USU Eastern, Carbon County Airport personnel and County Commissioner Casey Hopes,” Weseman said. 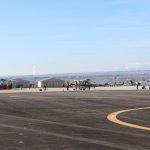 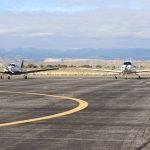 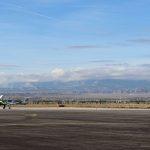 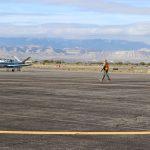 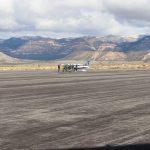 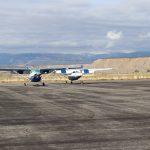 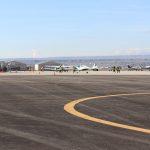