Debbie Marvidikis and Amanda McIntosh of the HOPE Squad of Carbon, Emery and Grand Counties visited the Carbon County Commissioners on Wednesday evening during their meeting for a special presentation. This presentation was aimed at the Carbon County Ambulance Department and was accepted by ambulance director Don Marrelli.

“I don’t think I have to tell anyone how valuable the Carbon County Ambulance is to our community,” stated Marvidikis.

She continued by expressing that the ambulance department is dedicated to saving lives as well as making the community safer and healthier. It was expressed that the department’s constant efforts are extremely appreciated.

Marrelli accepted the award on behalf of the HOPE Squad and thanked the organization for the recognition. He stated that he appreciates the squad and has been involved with the organization since its inception. 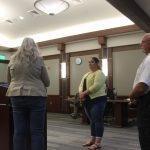 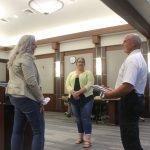 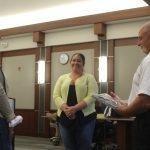 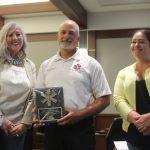