For the month of June, an entire Carbon County department was featured for the Employee of the Month recognition.

Commission Chair Tony Martines remarked that a lot of the time, there are residents that show up to complain on an issue. However, in this occasion, he and Commissioner Larry Jensen had an individual come in that wanted to talk about the animal shelter. This person made it clear from the beginning that they wished to compliment the shelter.

They said that they had worked in a shelter before and was impressed on the cleanliness, organization, hospitality and the humane way that the animals were cared for. Commissioner Jensen thanked the workers of the shelter, stating that they are in the trenches taking care of the animals and it is comforting to know that they are compassionate with them.

Carbon County Sheriff Jeff Wood and Sgt. Dave Brewer, who is over the animal shelter, also spoke on the staff and their great work ethic. Ed Chavez of the animal shelter stated that he put 30 years into law enforcement and the only difference between that and animal control is that the dogs don’t talk back. 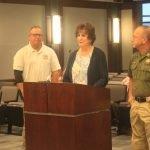 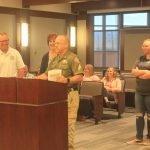 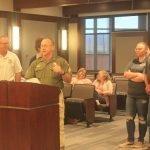 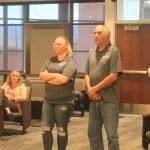