The first selection for the Carbon County Employee of the Month award in 2018 was a special one. Not only one employee, but four, were recognized with this title.

Ambulance department employees Tanner Hackney, Christine Johnson, Jennifer Roberts and Michael Montoya were all awarded at the inaugural 2018 Carbon County Commission meeting on Wednesday evening. The group was nominated by a fellow employee who took some time to speak.

The coworker stated that in their line of business, they are given the opportunity to touch people’s lives in big and small ways each day. She continued by stating that the four nominated employees are always hardworking and compassionate, no matter the situation presented to them.

“They’re often overlooked because they do great things every single day, and it’s part of who they are,” their coworker stated.

Hackney, Johnson, Roberts and Montoya were each awarded with their own plaque and will hold the title of employee of the month for the entirety of January. 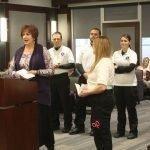 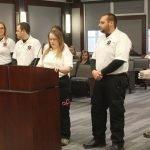 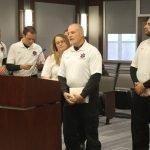 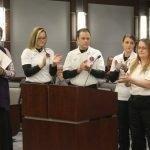