Extensive discussion took place at a recent Carbon County Commission meeting regarding the possibility of a soccer complex in the county. While discussion has taken place regarding this matter for quite some time, renewed eagerness is taking place to get a project started due to the overwhelming response to youth soccer programs as well as USU Eastern’s program.

“I’m in favor of soccer fields,” commissioner Jae Potter said.  The main question commissioners have is where the complex should be located.

Matt Brady from the Price Youth Soccer Association (PYSA) approached commissioners requesting consideration of a soccer complex at the Carbon County Fairgrounds. He explained that in just the past few years, youth soccer participants have more than doubled in Carbon County. With the overwhelming response to PYSA as well as Carbon County Recreation soccer programs, Brady said it is becoming increasingly difficult to accommodate all of the games.

“The time is really at hand for some soccer fields,” Brady commented. He went on to explain that the fairgrounds could be a prime location for the complex, being close enough to accommodations yet far enough away from town to not bother local residents.

Discussion has also taken place with USU Eastern regarding building fields on the property that used to house the old Durrant School. With the university’s new soccer program, the teams would benefit from a possible complex near the school in order to host tournaments. Brady countered the location, expressing concern about youth programs being at the liberty of the college’s schedules and plans. A representative from USU Eastern was not present at the meeting.

Commissioners thanked those who participated in the discussion but did not make a decision concerning the complex at the meeting. 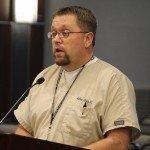