Carbon County Commissioner Casey Hopes called on several Sterling Scholars to comment about their achievements and the Sterling Scholar program at a recent commission meeting. Scholars explained the aspects of the competition and that Carbon High doesn’t compete in every category due to lack of advisement. Commissioners complimented the students’ hard work and encouraged them to continue on the path of success and future leadership.

Other items discussed at the meeting included issues in land management. The first case was an issue with public lands access in East Carbon. A public road had been closed and a contract signed, an agreement between the land owners, East Carbon City and Carbon County. The issue is that the road has been in use for over 10 years, but the contract to keep the road closed has been written in such a complicated manner that no compliant party involved in the contract could open the gate, though it seemed that Carbon County has the power to open the gate to the road. The land owners have allegedly not cooperated with any request to allow access to the public road. Commissioners authorized use of funds for legal research on the issue.

Also, a land owner from Carbon County appeared before the commission requesting assistance. He claimed that his land has been rendered useless because of alkali in the soil that comes from leakage from one of Carbon’s ponds above his property. The commission made an informal resolution to take care of the problem, using the county engineer to investigate. 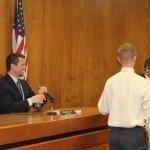 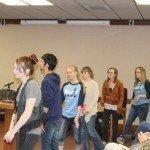 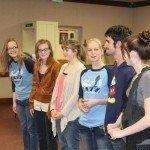 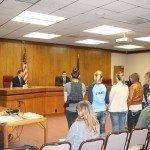