Hopes, who has served as commissioner after joining the commission in 2013, is currently rivaled against Martines, a long-time resident of the county.

Hosted in the Carbon High School library, moderator Andy Urbanik was joined by Carbon’s Social Science Sterling Scholar Nominee Paul Bryner. The evening featured a plethora of questions submitted by community members as well as Carbon High students and ranged on issues from energy to recreation and all the way to the local drug court process.

When asked about the economic future for Carbon County and the role the commissioner would play in that, Hopes expressed his optimism dealing with the issue.

“I honestly see a bright future for Carbon County,” he said, talking about the work he has done to attract a diverse range of businesses to the local area and explaining his beliefs of the government’s role to provide an opportunity for businesses to prosper.

Martines next took time to answer the question, praising the industry of coal mining and going so far as to call part of the process “amazing.” The candidate expressed his desire to attract other businesses to the area that will help support the community in the future.

When asked what the candidates wish the public understood better about county government, Martines talked about the empty county chambers he has often seen while attending Carbon County Commission meetings. He also called for members of the community to be more involved and engaged in the issues, wanting community members to not only complain, but to actively participate in the process.

Hopes took the time to explain to those in attendance about the wide range of elected officials on the county level, naming several with their own sphere of influence and responsibilities. He then spoke about how, at times, blame may be put on one official where the issue does not lie in the official’s domain. He encouraged the public to learn who to talk to about issues and to do so.

The topic of communication was also brought up, with the question being asked of how they could increase communication between officials and the community.

Hopes took first bite at the question per the established order and praised Carbon County Sheriff Jeff Wood as a “perfect example” of communication by reaching out to local media outlets consistently. He stated the opinion that all could do similarly.

Martines spoke of the possibility of using social media and learning from the rising generation and taking advantage of that sphere. He also spoke of making sure to listen to the public and letting them know what they are doing for the area and why.

As a closing argument, each candidate was asked why they should be elected and were given a final chance to explain their beliefs and rally support.

Martines spoke of his introduction to politics as he watched his father, a former mayor of Price in the 80s, work to better the town.

“I feel like I know the community,” he also said as he praised its diversity and expressed his desire to help Carbon County.

Hopes drew on his past experience as commissioner, stating that it would continue to help him in the future as he has already formed relationships with mayors, Utah’s governor and several stake holders.

“Carbon County is truly the gem of all of Utah,” he said in closing. 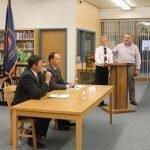 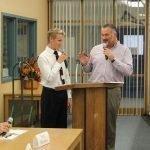 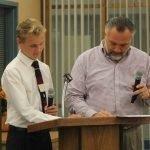 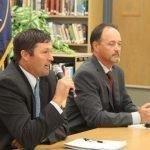 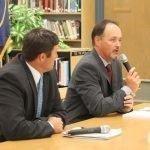 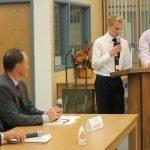 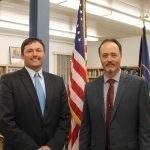