Members of the Forestry, Fire and State Lands approached Carbon County Commissioners at a meeting Wednesday regarding a prescribed burn to take place this summer.

The fire, which would take place in the Cold Springs area near East Carbon, on the Tavaputs Plateau, would control the excess of Subalpine Fir in the area, allowing better conditions for other wildlife in that area.

A spokesman for the Forestry, Fire and State Lands said there is a small window of opportunity and the conditions need to be exactly right. “If we don’t do something now, there will be a catastrophic fire,” he said.

The fire would be controlled to burn just under 1,400 acres.

Also discussed in the meeting was a proposed resolution which pertains to the proper balance and distribution of jurisdictional power between Carbon County and state and federal governments. Resolution 2014-03 is a reminder to the people, as well as the governments, that Carbon County understands what its limits are as far as enforcing the law.

Rex Sacco, a spokesman for Resolution 2014-03, said this is a reminder of the county’s interests and is designed for the welfare of the citizens. 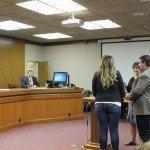 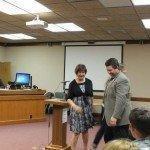 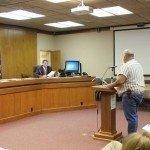 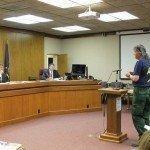