“It was the result of our hard work and our determination to never quit,” Toni said.

Bill explained that they practice dishes as often as they can and try out new dishes weekly. They spend a lot of time looking at recipes and trying to decide what will present well to the judges. The couple owns over 500 cookbooks and rely on them frequently for information.

The International Dutch Oven Society (IDOS) is a non-profit organization that preserves and promotes cooking in the old black pots that many settlers used across the country. The dishes cooked Saturday are a far cry from the stews and cobblers cooked when crossing the plains. The Thayns’ winning dishes included beef tenderloin cooked Asian style and garnished with fresh sushi that they made at the competition, rosemary sea salt rolls and a gingersnap spice cake with cinnamon ganache. Toni made chocolate roses to garnish the top of the cake. All of these dishes are made from scratch at the competition and are cooked using charcoal briquettes as the only heat source.

Bill has been cooking in a Dutch oven since he was a young boy and Toni’s interest was piqued when they ran across the world competition at an event in Salt Lake City. The Thayns’ are veterans of the Dutch oven competition cooking circuit as they have been competing for nearly 16 years. They have taken second place in the world competition on at least three occasions. They were the Utah State Dutch Oven champions in 2016. Their past cooking wins include the Utah County Fair, Davis County Fair and Salt Lake County Fair, among others, including their most recent prior win at Camp Floyd State Park in Fairfield, Utah in May.

The competition is stiff and tensions run high during the six-hour cook off. Bill has had other teams ask him how he can cook with his spouse, and his response is always, “How could I cook without her?” They enjoy cooking and it’s something that they can do together. They’ve done spotlights on Fox 13’s “The Place” and have enjoyed doing demos for several local businesses, scout troops and church groups as well as teach a Dutch oven cooking class each spring for Mont Harmon Middle School’s FACS classes. They have spread their love of Dutch oven cooking throughout the local community. You can find them at local events including craft fairs and Helper’s First Fridays.

The Thayns state that the best thing about the competition circuit is the lasting friendships they make. There is a lot of camaraderie among these cooks as they share tips and good natured ribbing. These friendships center around “Good Food, Good Fun, Good Friends,” which is the IDOS motto.

They have been married for 28 years and are the parents of three boys (Adam, Alex and Ajay)m who all enjoy cooking as well. 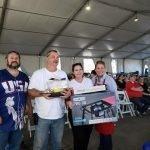 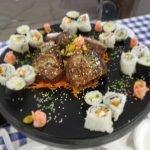 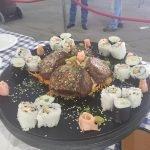 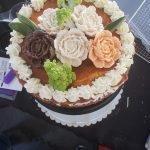 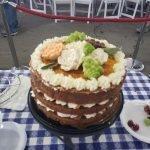 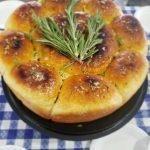 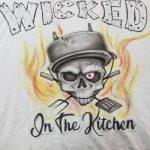