The Carbon County Historical Society’s September field trip came in the form of a trek to the Kiz Cemetery and eastern Carbon County.

This trip was taken with Bobcat, Kitty, and the Eastern Utah Tourism and History Association. Those that attended geared up on Saturday morning for some local learning. Traveling by caravan, a variety of sites in Eastern Utah were traveled, including the asphalt buckets and aforementioned cemetery.

The majority of those that resided in Kiz arrived between 1910 and 1916. This included a sheepherder that went by the name of Gratien Etchebarne, who filed the first legal claim to the land in 1916. During that time, there were approximately two dozen families farming in the area.

In 1924, a school was formed in a building that was provided by Etchebarne. In 1925, the population reached a peak and a post office quickly followed in 1926. The name Kiz was suggested for the town as a tribute to a local, the first woman settler in the valley, by the name of Kiziah “Aunt Kiz” Dimick.

A drought hit the area in 1930, proving severe, that resulted in a large number of the residents relocating. Tragedy continued as the school burnt down in 1932, ultimately resulting in Kiz becoming a ghost town by 1940. The town’s cemetery, along with a few empty structures, are all that remain of the once fruitful farmlands.

The Carbon County Historical Society meets on the last Thursday of the month at the Carbon County Senior Center at 6 p.m. The Oct. 31 meeting will be a ghostly historic walking tour of the Price City Cemetery hosted by Kitty and Bobcat and the Eastern Utah Tourism & History Association. For more information, please contact Ileen at 435-650-1026. 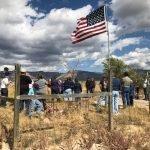 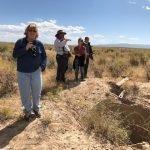 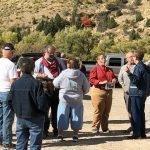