It is not often that an entire department is recognized as a whole for the Carbon County Employee of the Month honor. However, for the month of July, just that happened as the IT department was recognized.

County tourism specialist Tina Henrie nominated the department and presented the award to the employees alongside Rose Barnes. Barnes began by stating that an emergency that takes place within the other departments becomes IT’s emergency.

“They are probably department of the year because they do so much for all of us all of the time,” Barnes stated.

Henrie also spoke highly of the department, expressing that they do everything for everyone and IT is not just IT. Henrie explained that she nominated them because they have been a great help to her personally in her office with various things. 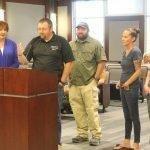 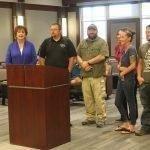 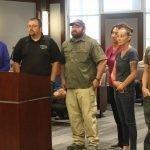 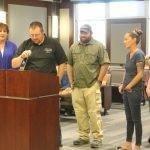