A Carbon County man has been arrested for the alleged murder of his girlfriend in 2019. Colton James Price, age 27, was booked into the Carbon County Jail on Friday for murder, felony discharge of a firearm and obstruction of justice.

According to a probable cause statement, on Dec. 9, 2019, Price Dispatch received a report of a female with an accidental, fatal gunshot wound to the head. Authorities responded to the scene and found Ashlie Logston in critical condition.

“Evidence at the scene and the account given by the victim’s paramour, Colton James Price, conflicted,” the probable cause statement reads. “At that time, an investigation was initiated.”

It was stated that during the course of that investigation, Price gave several conflicting accounts in regard to how the victim was shot. Then, ten days after the initial incident, Logston succumbed to her injuries.

“Continued investigation yielded copious witness statements as well as other evidence that was subsequently submitted to the Utah State Crime Lab and Rocky Mountain RCFL for analysis,” the statement reads.

The medical examiner’s report was also requested and careful review of all case information was performed by authorities.

“The conclusion of that review is Colton James Price pointed the weapon at, and shot the victim,” the statement says. “The injuries sustained as a result of that gunshot wound resulted in the victim’s death.”

Logston was born on Jan. 3, 1979 to Donnie and Carol (Reynolds) Logston. She was raised in East Carbon, where she graduated from East Carbon High School. 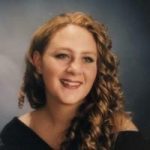