On Wednesday morning, Price City Police received a report that Price Laundry and Dry Cleaning located at 441 East 100 North had been burglarized.

Employees were careful to keep the scene intact and undisturbed. Responding Officer Vose discovered forcible entry had been made into the business. Extensive damage to the facility and equipment was caused and cash, bills and change, and property were stolen.

Investigators Det. Sgt. Brandon Sicilia and Det. Chris Pugliese responded to the scene and critical forensic evidence was recovered. Throughout the day, patrol officers and investigators interviewed witnesses and collected additional evidence at several locations. Officer Christopher Cordova made a critical contact with a witness and the investigation clearly pointed to two suspects. Investigators ultimately located (with the assistance of Sgt. Kelly Maynes) the suspects during the late evening. After Miranda warnings, both suspects acknowledged their involvement in the burglary, committing the damage and theft of the property and money.

Michael John Tallerico, 37, of Helper, and Brian Andrew August, 33, of Price, were both booked into the Carbon County Jail for business burglary, a third degree felony, and criminal mischief (misdemeanor or felony level is yet to be determined). Tallerico was also found to be in possession of methamphetamine and paraphernalia and was booked for those charges. Upon review by the Carbon County Attorney for formal charges, additional crimes may be filed.

Tallerico has been arrested eight times previously for drug, burglary and theft charges. August has five previous arrests, most for crimes against persons. 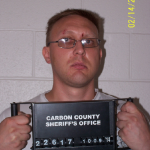 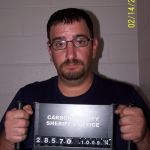