Science fair chairman Doug Morris, a science teacher at Carbon High School, said that by participating in science fair, participants learn how to problem solve and follow through on commitment.

“While participating in science fair, there will always be challenges,” he said. “Through science fair, students learn to overcome barriers, which will prepare them for the future and anything else they do.”

According to Morris, students gain the ability to use the scientific method in their daily lives to solve problems.

“Students may or may not describe it as the scientific method but  it teaches students to put into practice what they learn,” he said.

Category awards were given to students in the junior and senior fairs. Other organizations and businesses also gave awards to projects of special interest. USU-Eastern presented three scholarships to Luke Hansen, Dallen Twedell and Mersedez Clifford.

Students who placed in their category were considered for the Southern Utah Science and Engineering Fair. Those who were recommended for the regional fair will compete in March at Southern Utah University.

Results of the science fair are below. 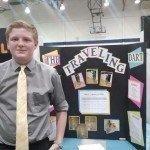 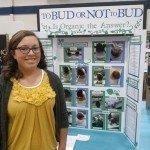 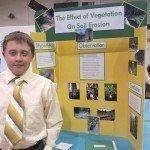 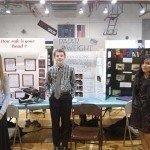