Carbon County Recreation, in conjunction with the Amateur Softball Association (ASA), hosted the Sagebrush Shootout Girls 12U Fast-Pitch Softball Tournament May 23 and 24 at the Carbon County Fairgrounds Ball Field Complex.

Nine teams from various locations in the state competed in the tournament. There was one local team, the Carbon Dirt Devils. When the dust settled on Saturday evening, the Dirt Devils were crowned champions.

Teams played two pool play games on Friday to determine seeding for the double-elimination bracket, which was played on Saturday. Seeding was based on three criteria including record head-to-head in pool play, runs scored against and runs scored. In the event of a tie, a coin toss would take place.

The Dirt Devils opened pool play by defeating the Utah County Blaze by a final score of 14-0. The team then dominated the Roosevelt Rumble, winning 18-3. The two victories combined with stellar defense and overwhelming offense secured the number one seed and a first round bye in bracket play.

Bracket play opened up for the Dirt Devils at 9:20 a.m. Saturday. Their first game in the bracket was a rematch from the previous night’s pool play game against the Roosevelt Rumble. The Dirt Devils made short work of them again, winning 11-0.  hey went on to defeat Sanpete Crush 8-4 and UC Revolution 12-2 to put them in the championship game.

The championship game was a rematch of the semi-final game. UC Revolution was determined to try and upset the undefeated Dirt Devils in the championship. It was a defensive battle in the early innings with neither pitcher wanting to give ground to the other. Kaytlyn Cripps was the starting pitcher in the championship game. She pitched four scoreless innings behind some great defense from her teammates, including a huge double play in the second inning made by Kacelyn Toomer. The game was scoreless until the bottom of the third inning when Trinity Passerella laid down a perfect bunt along the first base line to start a five run rally. The Dirt Devils score five runs on four hits including singles by Cripps, Bailey Carter, Jaci Shumway and Kennedy Nelson. In the fifth and final inning, Carter went to the circle to pitch for the Dirt Devils. She retired the first two UC Revolution batters she faced. Following a walk and two singles, which plated the only run of the game for the Revolution, Katelyn Phillips made an diving catch to end the game. The final score was 5-1.

The tournament was affiliated with ASA Softball, which is a national organization that helps facilitate slow pitch and fast pitch softball leagues and tournaments. ASA provided the umpires and Carbon Rec provided the support staff that included tournament directors and scorekeepers. It appears to be a successful partnership that will continue into the future. 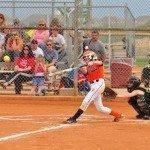 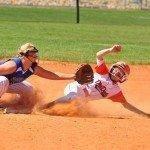 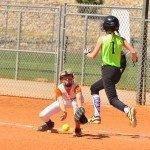 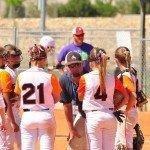 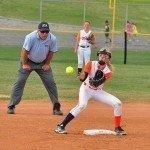 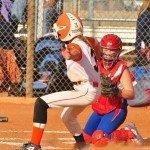 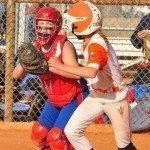