The Carbon High School boys’ golf team traveled to take part in the region competition on Monday afternoon. This competition took place at Palisades and welcomed many players from far and wide.

Though there were many to go up against, the Dinos proved their talents and were successful in securing the win for the region championship with a score of 360 and a season score of 2,949. Richfield won the match at 345; however, the team had a higher season score at 3,024, good for third place. They were followed closely by Grand, also ending the match with 360 but with a season total of 3,017 for second place. The Emery Spartans shot 386 on the day to round out region scoring at 3,465. Region standings were rounded out by South Sevier (3,456) and San Juan (4,003).

Alongside the region win, there were also members of the Carbon team that took individual titles. Nick Olsen secured sixth place with a total score of 645 for the season. Kaden Slavensky found himself in fifth place with an overall score of 644 and Carbon’s own Bode Salas was on top in first place with 604.

Next up, the boys will compete in the state tournament that is slated for Oct. 2 and 3 in Roosevelt. 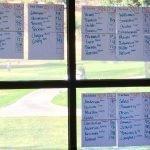 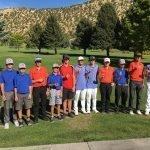 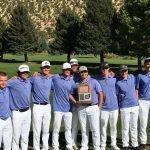 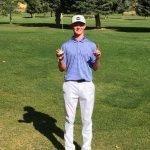