Carbon competed at the regional tournament at Snow College on Friday. Tournament play started at 9 a.m.

Lance LaCotta played #1 singles and played against Payson’s Adam Pullan. He lost by a score of 0-6, 0-6. He later played Richfield’s Tanner Jones and lost 1-6, 0-6.

Isaiah Kobe played #2 singles and first played against Payson’s Evan Wride, losing by a score of 0-6, 0-6. He played later against Richfield’s Jake Harris and lost 0-6, 1-6.

The doubles fared better at the tournament. At #1 Carbon had Zane Whitmer and Andrew Richens playing first against North Sanpete’s Jordan Ericksen and Patrick Rawlinson. The duo won the first two games against the Hawks and one more during the first set, but ended up losing 3-6, 1-6. Next, they played Payson’s Wyatt Judd and Matt Webber, who beat them 4-6, 1-6.

“The boys all played well and gave it their all,” head coach Pete Riggs said. “It is worth noting that at least four players who should have played this year, didn’t play, making it so that young, first-year players were thrown prematurely into varsity roles. While we didn’t win much in this way, these newer players didn’t give up and gave it their all. All saw marked improvement to their tennis ability and are committed to moving forward with improvement and winning more next year.” 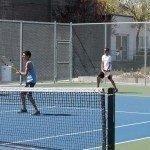 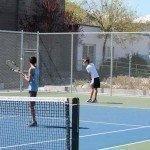 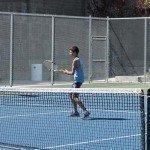 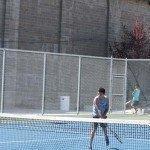 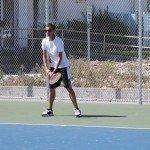 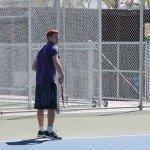