The Carbon High Dynamics competed at the Bountiful Classic competition at Bountiful High School on Saturday.

This was the third competition for the Dynamics this season. Under the direction of head coach Nicole Bennett and assistant coaches Missy Labrum, Kyrie Gardener and Jaci Mohr, they prepared six diverse routines and competed against five other 3A teams from around the state.

The Dynamics placed third in kick, second in the hip hop, lyrical, dance and military categories and managed to edge out a 5A team for first place in the pom category.

Carbon has had success competing in the pom category and according to Bennett, pom will be up for a vote to be added to the regular rotation of the character, prop and kick categories.

“If pom is added to the rotation, that will be great for us. We’ll be ahead of the game and ready to go,” Bennett said.
Although, according to Bennett, there have been comments about the pom category being too similar to cheerleading, it is more comparable to the style of collegiate dance teams.

Carbon also competed alongside but not against Emery in the Rocky Mountain Drill Team Invitational on Jan. 10.
“Since we are in different classifications, it is really fun to see Carbon cheer for Emery and vice versa,” Bennett said. “It’s awesome to see all the talent that comes from our small area.”

“This team is so talented and full of love. I’ve enjoyed working with them so much this year,” Bennett said. “Going in to our region competition, execution is our main focus. As long as we execute our routines, I know we’ll do great.”

The Dynamics will wrap up their season with the regional competition Jan. 31 in North Sanpete at 1 p.m. and the state competition Feb. 7 at UVU. 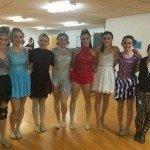 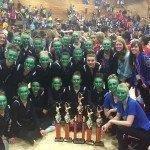 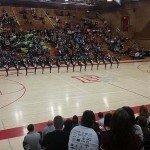 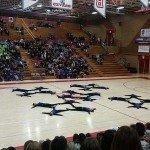 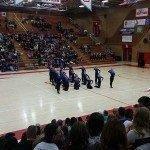 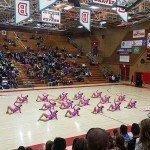