Carbon FFA recently competed at state convention the week of March 12-14 in Richfield. This is an event in which almost 1,800 FFA members attend. Those members who attended competed in career development events, heard the retiring addresses of the 2014-15 state officers and also selected the 2015-16 state officers. The entire chapter bonds on this trip, from chapter dinners to watching fellow chapter members compete at a state level.

The team also had a new member of FFA do very well in competitions this year. Dallen Tweddell competed in creed speaking at area and at state. He took first at area. Tweddell also took first in his category in this year’s agri-science fair at region and also at state. If he is screened as being in the top 15 in the nation, he will be allowed to continue to nationals later this year in Louisville, Ky.

Also, Maya Anderson has competed in prepared public speaking for the past three years. She prepared a seven-minute speech on meeting the world food demands, which she wrote and then memorized. She took third at state level.

The chapter also received a superior chapter award. The chapter will now start preparing for state judging where all of the more hands career development events such as floriculture, forestry, marketing and ag-sales will take place. The chapter is excited to go compete in April.

The chapter also hosted Farm Field Day at the fairgrounds on March 18. All third grade students in Carbon County, about 280, are invited to attend. There are stations set-up by 4-H, FFA and other ag. leaders that teach about agriculture. 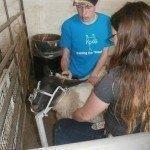 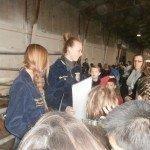 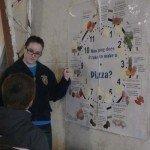