Though first established in 1952, Carbon Medical Service continues to provide life-saving services to the public in Carbon County.

The association’s East Carbon location, located at 305 Center Street, has been the site of much good since its establishment in 1973. Twenty years later, the institution became federally-qualified and began to receive grant money from the Health Resources and Services Administration (HRSA) to serve the uninsured and under-insured in addition to others with insurance providers.

Recently, with the help of finance director Crestina Trujillo and a grant writer, Abeyta was able to apply for a grant in hopes of receiving money to help the institution.

“That was a year ago and we had kind of forgotten about it,” Abeyta explained. However, in May, the grant that had seemingly slipped under the rug came to light with a shocking result.

The party had requested for the largest dollar amount they could, and were elated to receive the money for which they had asked: a total of $989,319, nearly one million dollars to be used for construction or alteration as well as equipment.

“We were excited,” Abeyta testified. The facility is currently in the same location it has operated from since 1973, and the money will prove undoubtedly useful to the establishment.

“We’re hoping to build a new building in East Carbon for Carbon Medical,” Abeyta said. Along with the new facilities, $28,000 of the grant is to be used for new equipment, which will be used to fill in the new facilities.

“The time frame is to have everything completed by three years,” Abeyta explained, “but hopefully we’ll get it completed before that.” Though still in the early stages of the three-year process, Abeyta remains nevertheless excited of what the future will bring for the East Carbon facility and those whom it serves.

The included pictures depict the current location in East Carbon. 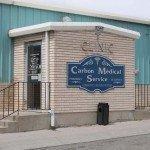 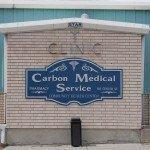 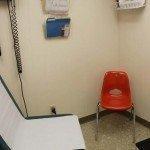 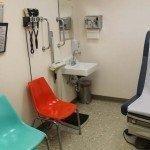 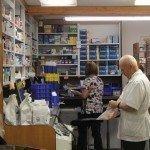 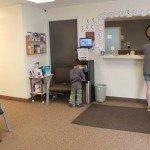