Agents from the Carbon Metro Drug Task Force have been investigating alleged drug dealing activities of Mark Terry Quintana, DOB 5-21-76, of Westwood in Carbon County.  Enough information was developed that agents applied for a search warrant which was granted by the 7th District Court.  The warrant was served on 5-26-17 at about 0200.

Along with Mr. Quintana, agents detained his purported girlfriend Candace Gaylene Allen, DOB 3-31-95, and seven juveniles who were in the home.

During the search, agents located and seized approximately 15 ounces of marijuana, 3 ounces of heroin, 40 grams of mushrooms, liquid and pill form steroids, numerous items of paraphernalia, $6,000 cash, a loaded 9 mm derringer pistol, and a fully operational slot machine that appears to have been altered to accommodate drug transactions (gambling for drugs).

The juveniles were released to family members and potentially face a number of juvenile referral charges once the agents have reviewed the facts of the case.

According to court records, Mr. Quintana has 15 prior arrests, 12 convictions, including 8 felonies.  His prior offenses involve, assault, domestic assault, DUI, unlawful sexual conduct with a 16 or 17 year old, failure to have required ignition interlock device, and drug offenses.

According to court records, Ms. Allen has six prior arrests with four convictions, and no felonies.  Her offenses include theft related, assault, and DUI. 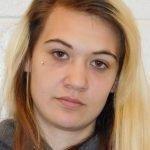 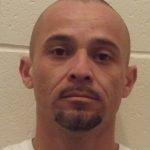 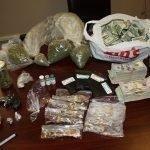 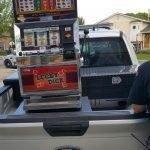