The Carbon mountain bike team took to the mountains for its second race of the season, visiting Snowbasin Resort, which is east of Ogden. Coming off a strong showing at the Price race, the Carbon team continued to impress the other teams and the league with many riders improving their placements. In the end, Carbon had five riders podium and had over half the team move up in placement with strong finishes on one of the leagues’ most difficult courses with 657 feet of elevation gain over three miles, technical rocky single track and sweeping, long, downhill switchbacks on the five-mile course.

With a target on his back wearing the leader jersey, Craig Olson defended his position as JV-A leader with another first place finish by 22 seconds. Boyd Bradford in the JV-B group jumped from seventh place to second place with Nathan Engar going from ninth to fourth place and Colin Fausett moving from 10th to sixth place. Making a big jump was Dylan Emerson from 21st to 13th and Spencer Tullis from 39th to 17th.  Another strong strong ride came from Lindsey Jespersen, going from ninth to fifth and earning a spot on the podium in the JV-B Girls. In the Jr. Devo group, Andrew Loveless took third place and Tacoma Smith finished a solid ninth.

Every group these riders are in has between 30 and 60 other racers from schools throughout central Utah. Carbon is making some noise in the XC mountain biking scene in Utah. The next race is in Moab – Go Carbon! 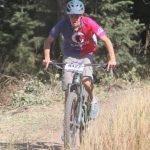 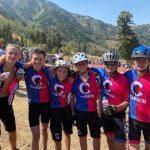 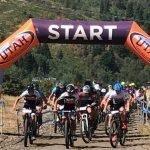