The Carbon Rodeo Club will be heading to St. George for the next three weekends to compete in the Dixie 6 Rodeos. This will finish up the fall rodeo season for the rodeo competitors.

Carbon has a very strong team this year with many of the kids placing in the top in the state. Heading into the last of the fall series, Kortney Backus is sitting first in the queen contest, winning every competition so far this year. Sadie Waller is sitting in sixth  in the queen contest and eighth in the reining cow horse and freshman Jaycee Kraync is sitting eighth in the queen contest. Morgan Jensen, a junior at Carbon High, is coming in first place in the state in the barrel racing event and eighth in pole bending. Carbon’s Jordon Pierce is second in the state in the trap shoot and third in light rifle along with Kolton Rhodes, who is placing ninth. Jaydun Thomas is sitting in 24th in trap shoot, hoping to gain more points this weekend. Steer wrestler Gus Christensen is sitting in 23rd and Gus and Stash Cornforth are currently 23rd in the team roping event as well. Afton McCourt is currently sitting 40th in breakaway roping and hoping to move up in the standings after the three-weekend competition.

Currently, Carbon has 15 competing members on the rodeo team along with 425 other competing members throughout the state. After the Dixie 6, the rodeo club will take a little break in the action until April when the spring series starts back up. The rodeo club would just like to congratulate all of the contestants on their outstanding competition, and wish them good luck and safe travels as they head down the road. 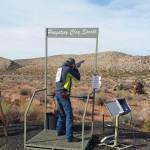 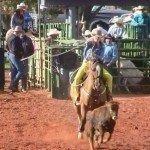