At the Carbon School Board meeting on Wednesday evening, Superintendent Lance Hatch took a moment to discuss a couple of topics with the board.

One such topic was the Why Try training that Supt. Hatch attended in August. He stated that he loves the program, which teaches students to think through and solve life problems. From this training, Supt. Hatch had a goal to visit every fifth grade classroom in the district to speak on what he learned.

Supt. Hatch informed the board he had made it to every classroom but one and plans to stop there very soon. He also stated that visiting the fifth graders was the highlight of his school year.

During the visits, Supt. Hatch used Sylvester Stallone’s struggles as an example to teach the students overcoming obstacles and focused largely on the transition they will experience when moving to the middle school in the following school year.

It so happens that the school district owns 20 acres along Ridge Road, and Rich and Baker’s purpose in visiting was to request putting that land into their marketing to possibly sell. They stated that they are also speaking with SITLA (School and Institutional Trust Lands Administration) and Price City, among others, to do the same.

The duo presented the board members with a booklet that they are planning to disburse to businesses about the benefits of Carbon County and Price. Rich assured the board that in the event that there is expressed interest on the parcel of land, they would get approval from the district before allowing them to buy.

Rich and Baker then also stated that they did not need an immediate answer from the board and understand if members needed time to discuss and make their decision.

Board member Jeff Richens informed the duo that there is a certain process that they must go through before allowing the land to be placed into the marketing. The board agreed to get back in touch with Rich and Baker. 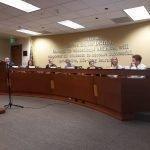 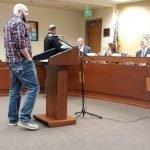