Bob and Laura Fausett, concerned parents of a middle school student in Carbon County, approached the Carbon School Board on Wednesday night to express their concerns on the participation of sixth grade students in extracurricular activities.

The duo said that when they registered their son for school it was explained that he would not be able to play football in his sixth grade year. The Fausetts were confused since sixth graders were able to participate the year before.

Representatives from the Castle Valley Athletic Association, which handles many sports throughout Carbon and Emery counties, approached the board to clear the confusion surrounding participation in sports at the junior high level.

Helper Middle School Principal Mika Salas explained that after ninth grade students were moved to the high school and sixth graders took their place, sports teams have been on a learning curve.

“The difference was a lot greater than we anticipated,” Salas explained. “It was a lot bigger change physically, competitively.”

Salas said that because of this, not many sixth grade athletes were on rosters. It was also found that children got discouraged and did not want to try out again.

In order to fit the need of the new grade structure and give more students the chance to participate, the Castle Valley Athletic Association has developed a new setup between middle and junior high schools in Carbon and Emery counties as well as recreation departments.

Instead of cutting students from a team due to limited positions, all students that tryout will be placed on a team. Additionally, sixth grade athletes may be called up to play on the seventh and eighth grade teams on a coach’s discretion based on ability.

“In order to maintain highly competitive teams, it is important to continue paying a head coach and assistant,” the CVAA shared. “These coaches will be responsible for the top competitive teams at each school. In order to allow all students to play without cuts or dramatically increased cost, we will rely on the community to help coach the less competitive, instructional teams.”

Teams will be separated based on competitiveness and will all have a chance to participate in games throughout the season.

According to Carbon County Recreation Director Frank Ori, fifth and sixth grade leagues as well as some seventh grade football leagues will still be operated through the county’s recreation department.

Kids can still play up or down in any league. Carbon Rec will use volunteer coaches and non-certified officials for these leagues.

“It really is going to give kids many more opportunities to play,” Ori said. “That is why I was so excited to be involved. More kids doing more physcial activities means less kids are on screens or just lounging around at home. I think after a year or so, everyone is going to love the new system.”

For more information, including answers to frequently asked questions and information on each sport offered, please see below. 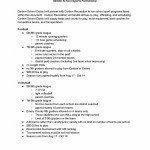 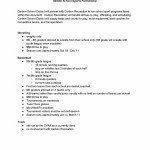 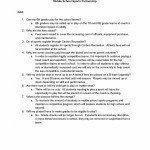