The Carbon High Lady Dinos took second overall at the swim team’s inaugural meet of the season, with the boys’ team taking sixth for a combined, fourth-place finish overall.

The meet, hosted Friday at Delta, pitted Carbon against opponents such as Stansbury, Grand, Maeser Prep and Millard in addition to the host school.

The Lady Dinos represented well en route to their second-place finish, starting off strong with a second-place finish in the 200-SC meter medley Relay thanks to the team made up of Megan Swasey, Sadie Crompton, Veronica Ibanez and Amanda Liu.

Ibanez returned in the 200 SC meter IM to take third overall, coming in behind Mary Kimmerle of Grand. Crompton also came back to represent the home team in the 50 SC meter freestyle, scoring third as well. Ibanez also took third in the girls’ 100 SC meter butterfly.

Next it was Liu’s time to shine, placing second in the 100 SC meter freestyle. Crompton came back again as the first member of the 20 SC meter freestyle relay team that took second, working with teammates Alheli Pendleton, Kacee Barrett and Shannon Baker.

Swasey would come back once more in the 400 SC meter freestlye to bring home another fourth-place finish.

The Dinos will travel again this week to go to the Cedar City Invitational. The Dinos’ first home meet will be on Friday, Nov. 18. 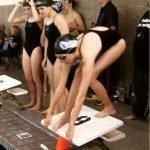 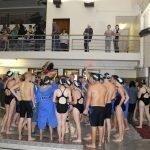 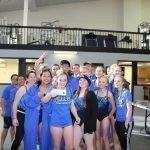 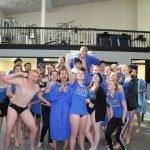 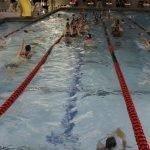