Carbon High senior Kagen Rhodes was named the Reserve World Champion Trap Shooter following his performance at the National High School Rodeo Finals last week in Casper, Wyo. where he competed against 181 other contestants from the US, Canada, Australia and Mexico.

In the trap shooting competition, Rhodes shot 99 out of 100 to tie for first place. After two shoot off rounds for the tie breaker, Kagen missed one bird and was named the Reserve World Champion Trap Shooter.

He also competed in the long round of light rifle where he placed seventh with a 315 and advanced to the short round, which featured the top 20 shooters. In the short go, he placed seventh with a 302 and finished sixth in the world in light rifle. Rhodes was one of only eight contestants to compete in both shooting events and was the only contestant to place in the top 10 in both.

Rhodes would like to thank his parents (Kody and Kendra Rhodes) and grandparents (Kenny and Cathy Gunter, Kenny and Karla Rhodes) and the Helper Gun Club for their help and support to reach this milestone in his life.

Rhodes will begin his senior year at Carbon High in August. He is currently taking part in an internship at Intermountain Electronics and is considering a career in electrical engineering. 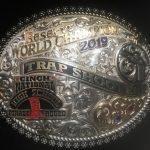 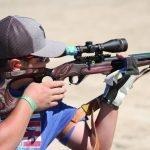 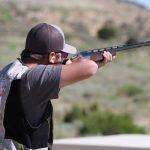