On Sunday morning just before 11:30 a.m., Price City Police Officers were dispatched to Woodside Apartments on report of a suspicious man in the complex near the playground area with children present. Officers were given a distinctive clothing and hair style description of the man.

The man was located by officers Brandon Ratcliffe and Shawn Sackett and detained. The man was identified as Robert Stan Howa, 35, of Carbonville. Price Public Safety Dispatch advised Howa was currently on parole.

Witnesses allegedly relayed to officers that Howa had a backpack with him, which was currently not present. Detective Dave Wilkinson and sergeant Tracy Allred arrived on scene to assist. After a search of the area, the backpack was located in a hidden location. Adult Probation and Parole agent Sam Bowman responded to the scene to assist.

Howa allegedly acknowledged being in possession of the backpack. Located in the backpack was approximately 14 grams of methamphetamine, a number of prescription Alprazolam pills, a digital scale and a butane torch. $5,619.07 in cash was seized from Howa’s person. The rental car he had parked in the complex was towed.

Howa was also placed on a 72-hour hold for violating the terms of his parole release. Howa has six previous arrests that involve drug charges and domestic violence assault with unlawful detention. 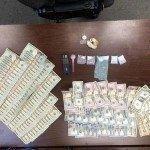 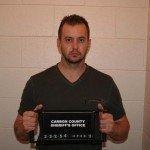