Off-duty U.S. Coast Guard Chief Petty Officer Ray Rehberg along with other off-duty military personnel set off on a cross country journey on April 29. The group left Petaluma, CA in an electric powered golf cart. Rehberg hopes to complete the nearly 4,000 mile journey to Yorktown, VA by May 26 making stops along the way. One such stop was made in Price on Monday, May 6.

Members of the American Legion and VFW Post 2379 greeted the guardsmen as they rolled into town at the Price City Peace Gardens. Lunch was served and donations received for the cause which will benefit injured military service members through the Wounded Warrior Project.

Rehberg met with area veterans and thanked them for their service to the country. While doing so, he handed out hats and t-shirts to all in attendance. The coastguard officer’s main focus is to raise awareness and support for the Wounded Warrior Project while visiting VFW’s and other military posts along his journey. While at each stop, the team will have a banner signed by supporters which will be displayed at the final destination in Virginia.

The team was scheduled to leave Price on Tuesday headed for Green River where they will stay overnight. The solar powered golf cart reaches top speed of 23 miles per hour according to Rehberg making the cross country trip slow going.

The Carting For A Cause adventure will cover 13 states and Rehberg hopes to raise $50,000 for his cause. Supporters can also visit the team’s website to track the journey and to make a contribution. For more information regarding the go cart challenge, visit cartingforacause.org. 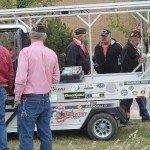 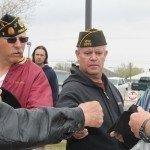 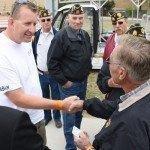 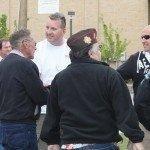 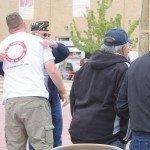 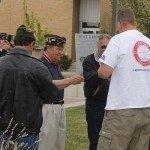 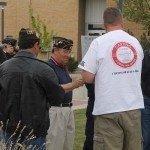 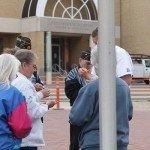 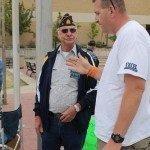 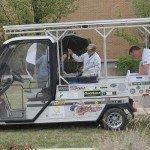 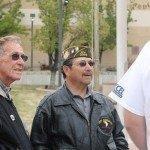 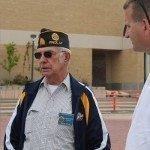 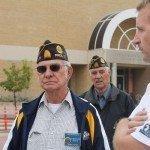 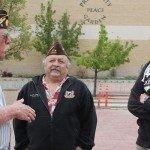 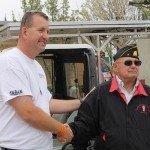 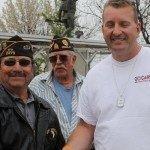 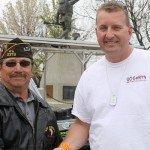 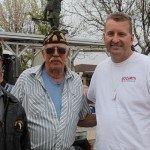 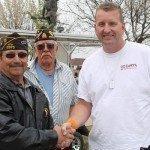 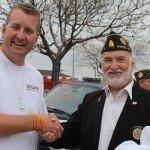 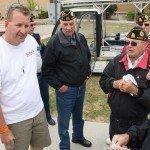 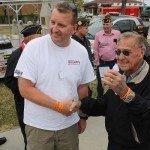 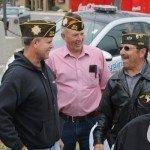 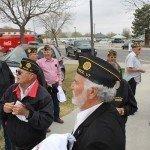 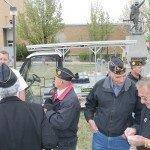 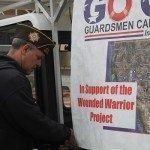 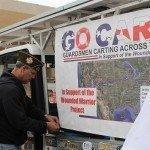