Richard Morley is a native of Price. The subjects of his books relate mostly to family, faith and friendship. He also wrote a book that will strike a cord with football lovers in the area.

“My book on football will be of special interest to Price City and those who attended Carbon High School,” said Morley.

Morley wrote a book cataloguing all of the games, players and scores of the Carbon High football team from the 1950’s to 1999. He remarked that Carbon was the first at a lot of things when it comes to high school football. They were the first to travel via airplane for a game, for example. One player still holds the record for yards run.

“But that was back before we did forward passing,” Morley commented.

Many of his of his other books relate to his former occupation as a seminary teacher, but they mostly relate to his position in his family as a father. When asked why he writes so much, Morley said, “For my posterity and for myself. I believe that I, as a father, have an obligation to write to my children and their children, sharing my mistakes and triumphs so that they can learn from my example.”

Also written by Morley is “Intermediate Run,” an autobiography with history from Price intertwined in the book. It is written to Morley’s posterity, but anyone who wants to learn about Price’s history could benefit from read it. It took Morley five years to write this latest book that covers the most recent 40 years of his life.

Morley has already begun work on his next book “A Last Dash.” 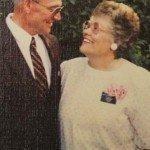 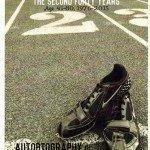