Pictured above is Mike Kava

The two candidates for mayor are Danny Van Wagoner and Mike Kava. Both candidates gave opening statements, explaining what they could do as the mayor for Castle Dale.

“I will have an open door policy,” Kava emphasized, saying that he is open to every citizen’s opinions and suggestions. “I also want better enforcement of ordinances in this town. I want to see Castle Dale better maintained.”

“I’m running because this is my home,” Van Wagoner explained. “My agenda is to improve our home, Castle Dale. If I’m elected as mayor, I might change people’s (the council members) positions. I might move them to where I think the would be best.”

When asked by a citizen what the two issues the candidates would focus on, both had similar answers. Van Wagoner and Kava both believe that business growth should be the main focus for Castle Dale.

“I want to see the city grow. I want to enhance business,” Kava stated. He also emphasized the beautification and maintenance of Castle Dale as one of his top priorities.

Van Wagoner agreed. “We are never going to get business here if we don’t look ready for business,” he said.

The four candidates running for the open council positions include Jake Barnett, Doug Weaver, Julie Johansen and Mary Kava. All candidates expressed that economic growth while maintaining a safe, small community is their top priority.

“We will maintain our rural atmosphere while promoting economic growth,” Johansen explained.

“I believe there should be as little government involvement as there needs to be,” said Barnett.

Weaver also said, “The council and the mayor serve the people, not the other way around.”

Citizens are encouraged to vote for a new mayor and the two council positions in the upcoming election. 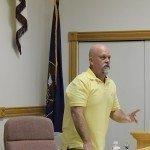 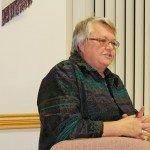 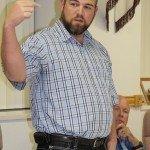 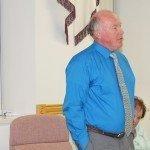 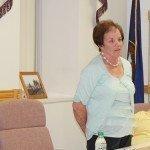